Grave of the Fireflies (火垂るの墓, Hotaru no Haka) is a feature-length animated movie written and directed by Isao Takahata, produced by Shinchosha Publishing and distributed by Toho. It premiered in Japan on April 16, 1988, and was billed as a double-feature with My Neighbor Totoro. The film stars... 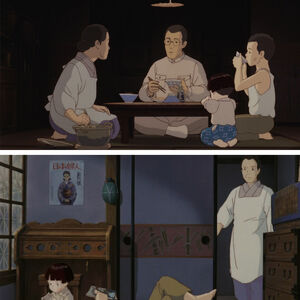 Another good film for fans of “Grave of the Fireflies” is “In This Corner of the World”, which is based on a manga series by the same name.

The setting is similar to GOTF (WWII Japan), but the movie follows the life of a young, newly-wed housewife who helps to care for her husband’s family. This film also has a stronger focus on the Atomic Bombing of Japan, particularly Hiroshima, than GOTF. It’s a great film that similarly utilizes the practice of hand-drawn animation, a distinctive characteristic of Studio Ghibli pictures.

It’s not a replica of or exact alternative to GOTF, which I particularly enjoy because of the different civilian viewpoint on such a tragic era in history, but others may not like the differences and will be compelled to compare ITCOTW to GOTF, instead of seeing it as it’s own story.

It’s a beautifully heart-wrenching story that will keep you thinking long after the credits roll out. If you want to see another well-executed WWII anime film with a gorgeous soundtrack (and a bit of a happier ending), I fully recommend ITCOTW. 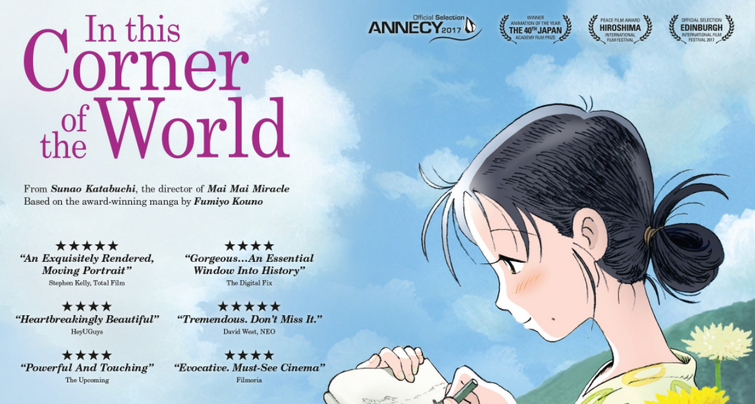 Here’s the trailer, featuring one of my favorite songs on the soundtrack, “Kanashikute Yarikirenai”. 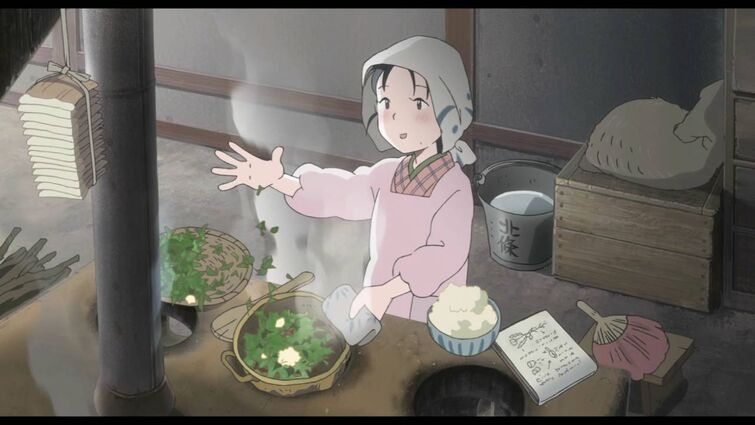 In This Corner of the World TrailerYouTube

Hello im new here and i love ghibli ive watched Kikis delivery service, Spririted away, Totoro, Arriety, ponyo, castle in the sky, whisper of the heart, and grave of fireflies.

Its a good movie. it made me cry