Hare is a henchmen of Lord Cob in the film Tales from Earthsea, and lives in the castle along with Cob.

Hare appears first scene when his guard chase for Therru. Hare is also a slave abductor, kidnapping anyone who is alone and selling them to slave traders. He thoroughly enjoys his job and commands a few men to help him get as many slaves as possible. Being Lord Cob's personal servant does not make Hare immune to Lord Cob's punishments, which are extreme. He is crafty, but not especially smart.

Hare captures the children for Lord Cob reasons for unknown. The movie towards the beginning when Hare tries to kidnap Therru and also have his way with her before bringing her to someone, most likely a slave trader or Lord Cobb if he's in need of children. As shown when Lord Cob is shown disappointed when the children escaped (during the batch with Arren). Hare is seen again getting information from ladies who'd previously gotten potion/medicine from Tenar offering them gold from information but not giving any gold to them. Hare proceeds to kidnap Tenar after trampling Tenar's crops and tying Therru to a fence/gate post. 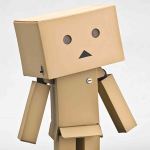 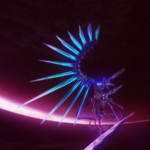